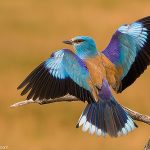 Once I had a very vivid and realistic dream. I started to feel how the wings are being grown from my shoulder blade while eventually I became a colorful bird and flew over lands. My passion for mammal biology extended to interest in flying creatures as well after I have accidentally recognized what bird I became in my dream watching stuffed birds’ exhibition in a museum of Natural History. It was Coracias Garrulus (European Roller). Didn’t know about it before. Awakened curiosity.

My grandfather remembers during his adolescence there were 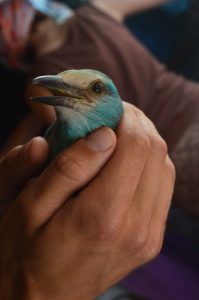 It is approximately three years while I have been looking for this bird to spot it alive or at least to hear chirping. Believe it or not it was such a pleasant experience for me to see one for the first time in my life today. Where? In vast savannas of Senegal. He landed on a dry branch, I stopped immediately. Without fear waited until I will get out of a bicycle and come closer. He was also curious, let me three meters close and we’ve been looking at each other for few minutes, until I could not keep myself from one more step forwards. Beautiful and smart bird. Hopefully at least this one will come back to Lithuania to nest again. 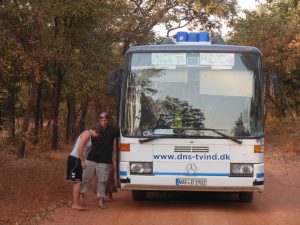 The story continues when our travel bus is passing by burning tropical forests a week later. The sound and views are unforgettable: huge volumes of dark smoke and.. flickers of thousands of colorific birds! Overwhelming shrieks!

I don’t remember now why we stopped. Not for long. I clearly remember a local man approaching, carrying a bird in his hands. It was a roller. I asked him what happened and got shocked by the answer he explains carelessly: “I just threw a stone into the skies to see if I can hit a bird and I did”. What? They are already having a hard time! I saw his wing was broken, I asked what the man is going to do. He didn’t know the answer, I didn’t know what more to say, so took the bird with me and didn’t even say goodbye. 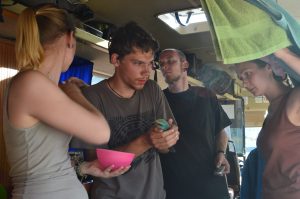 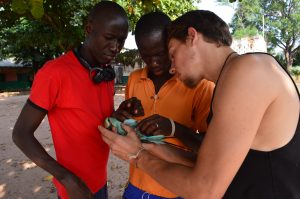 From now on we were twelve in the bus. Every pee-break was used to hunt a locust, a lizard or just a fly for our new friend. We spent together few weeks, later on built a mosquito tent for him, not to be hunt, but be able to train his wings, was hoping for it the most to heal, but I don’t know; they’re very fragile, hollow bones of birds. 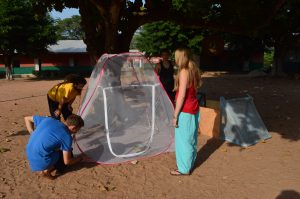 A memorable remembrance remained of this unique experience, the last picture I took and a tiny poem, like an injured roller. 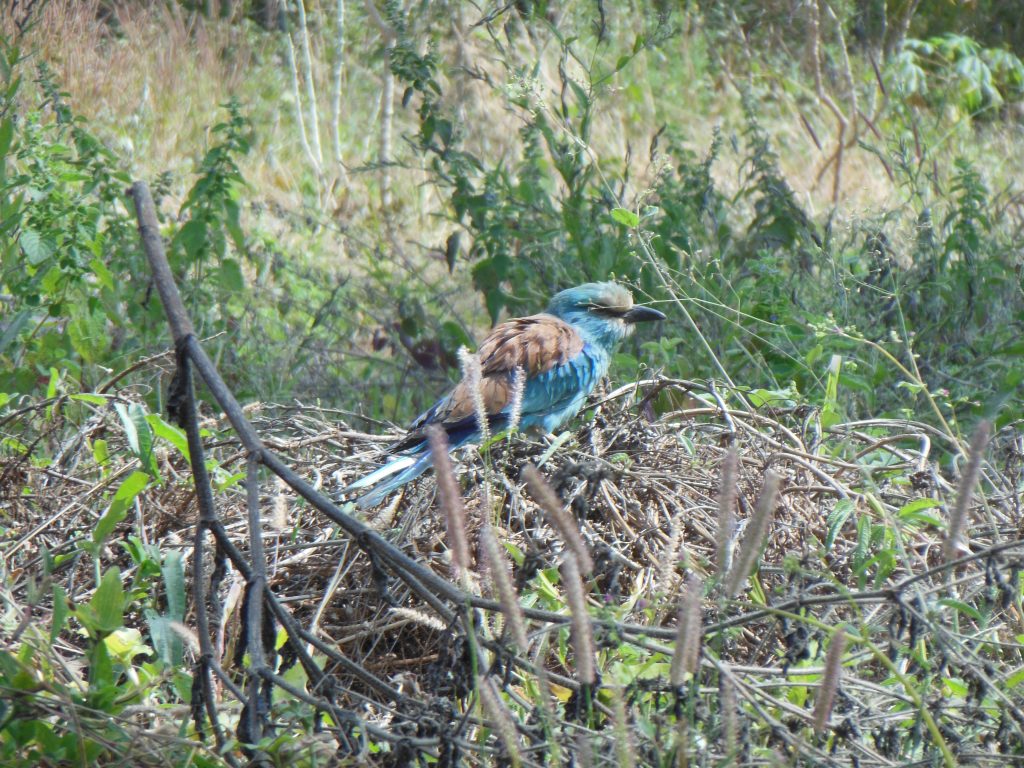 I kill for you.

We both learn how to get used to it.

Therefore, not just to feel,

What does it mean

One thought on “Meeting Coracias Garrulus”