What does the strike says?

Guinea Conakry is the land of tension, corruption, political instability, trash and pollution; with the beauty of nature in contrast. This is the image in my head left after staying in Conakry for 4 days, waiting for visas of Sierra Leone. There is a saying that Africans does not have watches, but they have time. In the same way I could conclude that on this time you have, all the most unexpected things are highly possible to happen.

The capital city greeted us with all its “treasures” created by political instability. The second day in Conakry we had to drive back to our accommodation when the sun was already settled down. On the midway the road was blocked by cars traffic, we decided to leave taxi and walk the distance left. After a few minutes of pacing, the smell of burning tires soaked into me and not a lot longer we were next to a rush of people and a huge fire in the middle of the street – the reason of the road block became clear. “Do not stop, stay concentrated and do not get scared.” It was the only explanation we got from our host. I speeded up my pace and tried to observe the situation: children and woman with babies walking in the street, I was walking close by when rocks huge enough to cause serious injuries started flying from the other side of the path towards us.

It was a short moment of passing this strike, maybe 2 minutes in reality, which felt like few hours, because of all the thoughts which happened to cross my mind. Somehow my safety or any panic about the danger around did not even come close to my considerations, there was so much more to think about: people involved were acting like nothing extraordinary was happening, chatting, walking and just time by time hiding from the stones, like it was daily rain. I asked myself what leads people to live in these conditions of constant fear. Strikes became as the only tool used for public communication, to raise voices of people against harmful regimes or money-thirsty political games. People did not even know what the protest was about: because of the government not turning on electricity for weeks, or because of the President who suddenly decided to change all the ministers. “When we need light, we just go on the streets, burn some tires, old mattresses, throw few stones and they turn it on’’ the simplicity of the system was explained to me. 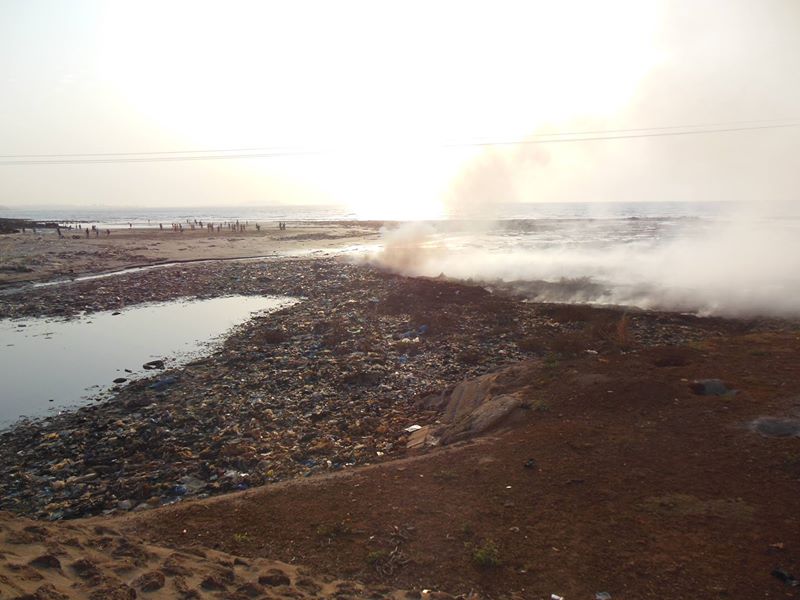 There is also another view about striking matters – the view of media. Even those casual protests are put on the news like severe killings. Our case of tires burning in the street was published with the headline of number of dead people. It creates even more tensions between individuals and communities, spreads fear and stagnation to protest against anything.
Society is desperate; living its daily life in a constant fight for necessities like light, water, stable and transparent governing. It slows down the development of the country on its extremes, increasing the gap between the ones who rule and the ones who are being ruled. This growing distance accelerates even more anger and miscommunication, more strikes, less sustainable long-term decisions. We are here in the closed circle, playing with the power and the human life conditions in which fear has an important role. Fear is the factor being used for a lot of manipulations and in order to avoid it the first step is to look at the fear as a tool rather than emotion. I experienced a relatively meaningless proportion of this circle, but it already brought messages worth sharing.